At a recent Cleaner Air for Southwark Schools meeting, Cllr. Richard Livingstone announced the very good news that the Bessemer Grange Primary School Streets trial will be made permanent, with very positive results recorded during the trial.

Rachel Gates, from the team leading the project, confirmed that a 6% modal shift had been achieved, with residents and parents all reporting that they felt the street is more pleasant and, crucially, safer. This fantastic result is due to the hard work of the parents and staff at Bessemer Grange.

The regular meetings of the SRS network offered an invaluable opportunity to check in on the scheme's progress with the officers and elected representatives responsible and to discuss any issues. Thank you all.

You can access Cllr. Livingstone's report into Southwark's School Streets programme here, as well as learning how to register as an interested school.  It may be also be worth looking at the Hackney School Streets toolkit for further details of how the schemes are implemented. 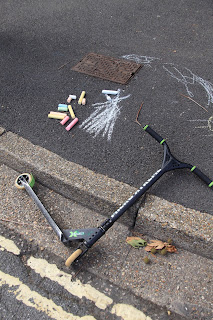 
In May, Southwark Council awarded our lollipop lady Alice Hayes the Honorary Liberty of the Old Metropolitan Borough of Camberwell for her dedicated service to the Dulwich Community for 40 years at the same location.

"She has helped tens of thousands of children across the road, and then seen some of their children safely over the road a generation later.

She is always willing to help and go the extra mile, regularly going above and beyond for Southwark's residents through her daily actions.

Alice started her career withe the Metropolitan Police in February 1979 before transferring to APCOA parking in April 2000.

Her commitment, devotion and care to the children and community is exemplary. No matter what the weather conditions are, Alice will be at the crossing location getting on with her work without fail.

The behaviour of SCPOs at their sites, the manner of stopping traffic, and marshalling pedestrians safely across the road, is the backbone of the SCP service, Alice always performs her role with a smile on her face." 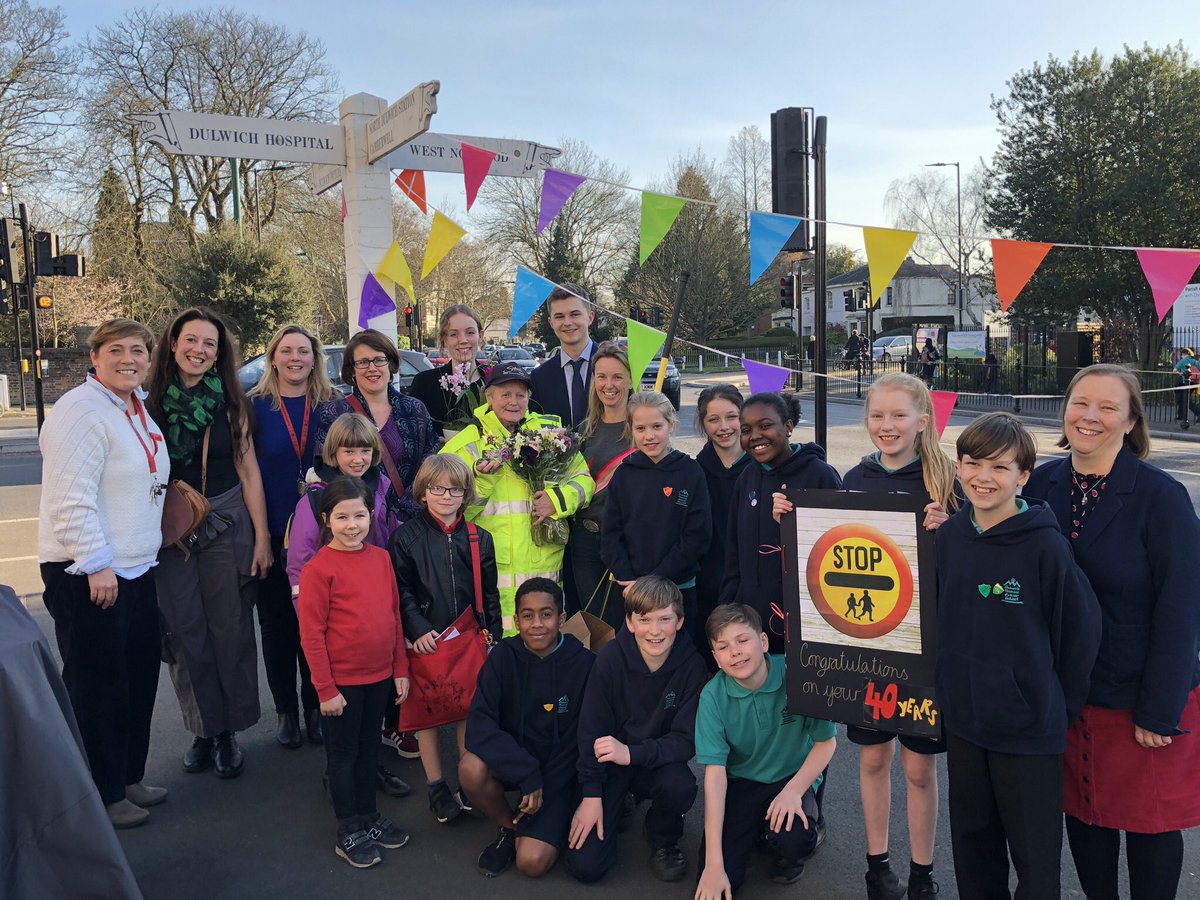 Our Healthy Streets Dulwich is a public consultation and online forum designed to share ideas and thoughts about how to tackle the negative impact that high traffic volumes are having on our community.

Cllr. Richard Leeming explains why he's a supporter of Safe Routes to School and is championing local discussion around healthier, safe streets for all.


Like many other people, Friday evening is one of my favourite times of the week. Work is (mostly) done and the weekend lies ahead

For the last couple of years, my early Friday evening has been particularly blissful as I spend an hour in the pub with a pint talking to friends. But it’s not just the gentle pleasures of a pint and a chat that gives me pleasure - it’s also about how I travel to the pub.

I’m there because my children, a nine and six year old, are singing in a choir over the road with my friends’ children and one of the things that contributes to this being a blissful hour is because we got there by bike.

It wasn't always thus; we used to travel the short journey to choir by car which was always un-necessarily stressful and involved too much shouting (mostly by me). First ungluing the kids from the TV (which they shouldn't have been watching anyway), then wrangling the awful traffic, the terrible driving and finally the nightmare of parking. In those circumstances, when I got to the pub I needed that pint.

I’ve always cycled to school with the kids. First in the 'silly bike’, a machine bought off eBay that turned out not to be a Bakfiets but a slightly dodgy Chinese imitation which we got an electric motor fitted to. Then when they outgrew that they cycled on their own bikes. They’ve both cycled to school a couple of times a week since they were in reception. This has mostly been OK, though it would be good if there were more than 100 yards of protected cycleway on the half mile route and I look forward to Southwark Council closing the road outside my kids school at drop-off and pickup as per the manifesto commitment.

But we never cycled the extra mile from school to choir, so for the first year our Friday journey would involve cycling home from school, an hour of hanging about and then jumping in the car for the short journey to choir practice.

Gareth Southgate is partly responsible for changing our routine - England’s unlikely journey to the World Cup semi-finals in 2018 turned my son into a football obsessive. This meant that he had to do football club after school on Fridays which meant that the only way to get to choir on time was to cycle there.

Suddenly the stressful journey became dad and the kids having an adventure. We (usually) got to choir on time, having had a fun journey. When the nights got darker and colder we kept cycling and it carried on being fun. I managed to find a route that was mostly via back streets and we encountered few cars

One of the biggest revelations has been the behaviour of some drivers around my children on their bikes. A significant number of drivers, seeing the kids, have gone out of the way to be courteous and accommodating; they’ve slowed down, stopped to give way, ushered us across junctions. What’s even more surprising is that it’s often the drivers of cars that you’d expect to be aggressive and intimidating who have been most generous - white open-top BMWs and Mercedes, Range Rovers,  white vans etc …usually being driven by lone youngish men … I’m interested in the psychology of this!

It’s not all stress-free. My wife, a cyclist herself, is more risk averse than I am and was initially nervous. It still doesn't take much for her to suggest we go by car instead. But now she’s changed her work hours so she can join us, we’ve acceded to her requests to wrap the kids in hi-viz and now she too is enjoying the journey.

However, the children, while being confident cyclists, are prone to random acts of being children. This often comes close to inducing heart-failure in me. Approaching a junction we’d cycled through several times I reminded my daughter that we would cycle ’straight on and down the hill’. This somehow got translated in her brain to ’turn right across the path of the speeding car’ … I can still feel my stress levels rising at the memory several weeks later. Obviously they don’t concentrate, they don't sense danger, they are talking to me about Harry Potter or Harry Kane (grr) while I’m trying to persuade them to turn right, then turn left, then turn right and watch out for the bus, this is because they are children and this is how their brains work.

And while there’s obviously no way I’d take them on a busy road, quiet back streets are dangerous too - the whole family nearly got wiped out the other week by an impatient driver turning right into a side street and cutting the corner. Quiet roads mean that drivers don't expect to see something coming the other way.

But I think it’s worth it - my children are growing up thinking that they have a right to exist in the street-scape, they are acquiring independence and confidence, they’re fitter than some of their peers and they are learning co-ordination and decision-making.

The inescapable conclusion though is that we are not doing enough to create safe infrastructure that will encourage other families to take their children cycling. I don't need to rehearse the arguments here, but as the picture shows, there’s nothing children love more than racing about on their bikes when they feel safe. 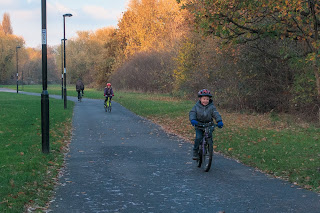