Walking buses and other local efforts

Yuck. The roads are slippery, visibility is poor as it gets darker earlier, numbers of pupils at Dulwich schools are growing and congestion is as bad as ever. Those who sensibly take the 'quiet' back streets were shaken by the recent news that a child was knocked off his bike by a speeding van driver on Eastlands Crescent; another child crossing between queuing traffic was hit by an adult on a bike who didn't see him. Luckily no-one has been seriously hurt so far, but we hear about lots of 'near misses' as a result of thousands of children struggling to school on horribly busy roads.

Despite the conditions, some schools report a dramatic increase in bikes while they've been working with Tim Warin over the last year.  Dulwich Hamlet leads the way with 10% cycling to school "pretty much every day", and many more on scooters and on foot. Brilliant!

It's also very refreshing to see schools with larger catchment areas (and the greatest proportion of children coming to school by car) coming up with their own solutions which work for their families, with small but important actions to try to help reduce congestion and parking problems. Here are some new ways that schools are helping keep the school gates clear and safe for all children, particularly those arriving on their own:

All good stuff! But we are all too aware that many parents and children still feel they have no option but to go to school by car. Without meaningful protected space allocated for bikes on our roads, most families who currently drive will continue to do so. 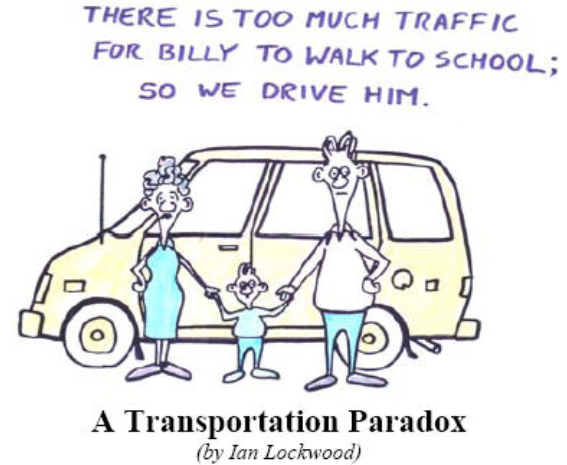 We know that teams at TfL are busy working up exciting plans for cycling routes across London; unfortunately they have been disappointingly slow in making a decision about Southwark's Cycle to School Partnership bid. We hear that this delay is all tied up with deciding on the routes for Quietways. But for streets around our schools to be most friendly for children and families walking and cycling from all directions we need to think about solutions for the whole area, not just isolated routes.